Last weekend my mum popped over to ‘Casa del Cool’ (aka my shared flat in Willesden Green) for a visit.

“I left Brent”, my mum said referring to her former home in Kingsbury as a teenager, “And now both my daughters have moved back here!”

We were walking down to have lunch at The Chamberlayne in Kensal Rise with my sister, a Sudbury resident.

I’m currently considering selling some shares my late granddad had invested in for me and buying into a shared ownership flat in Kilburn so I needed to ask what they thought. Now, it seems I need to ask what you think, because we’re not entirely informed on the subject just yet.

Oh and apparently, I’m really Welsh. (My sister has been researching our family tree. My great grandma (cubed) got married in St Martin in the Fields. WHERE DID THAT MANSION GO TO, EH VICTORIAN ANCESTRY!?

Anyway, onto the fun stuff. My mum and I went down to Kensington on the 52 bus – according to Great Grandma Cubed it should’ve been a Rolls Royce but she clearly didn’t make sound investments in her Great Granddaughter Cubed No.2’s future. On the high street, we couldn’t resist the lure of the big Whole Foods Market. 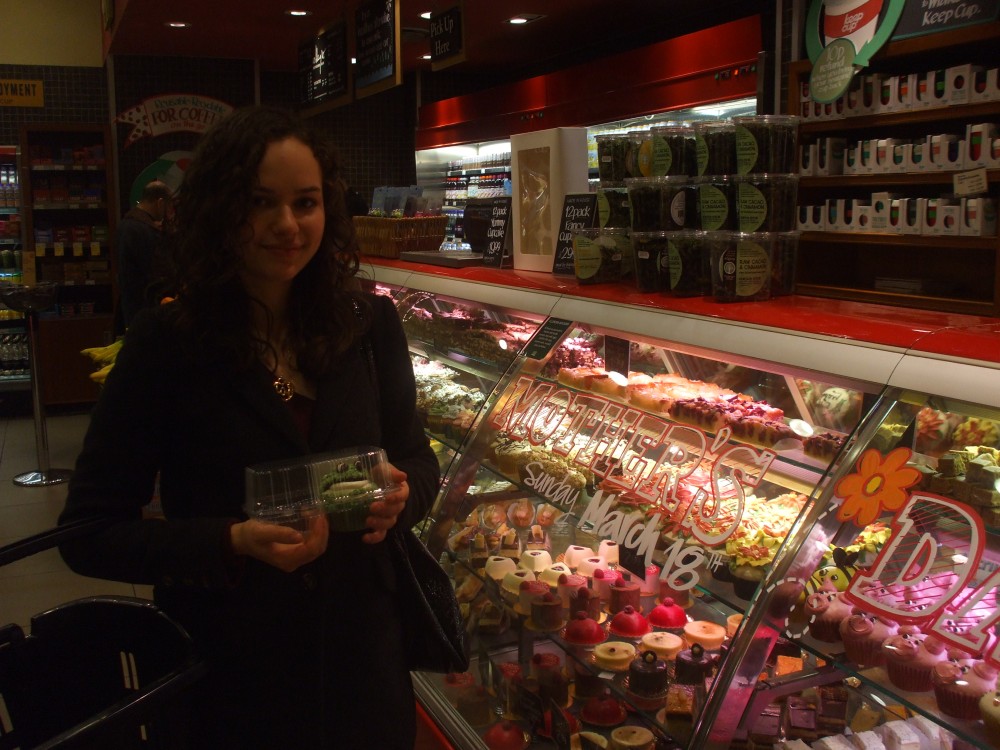 We got pleasantly whacked in the face by a couple of chefs branding frying pans with melting parmesan (or rather our sense of smell did), before heading into the wondrous emporium of baked goods – every item luxurious and wholesome and clearly very, very good to eat. I picked up a cupcake with Sesame Street stylings for Martin (chocolate on the inside with a whipped cream sandwich concealed in the middle).

We also visited a stall hosted by the Fair Trade Borough Campaign for Kensington and Chelsea where not only did I discover how tasty apricot kernels are, but also that Brent is a Fair Trade Borough. Kensington and Chelsea is not, but the reasons appear to be bizarre – here is a wealthy, thriving area and yet priorities are focused away from helping others to help themselves. It’s capitalism at its most stereotypical. So do visit the link above and see if you can do your bit.

Fair Trade is an interesting topic because it’s rarely debated and mostly accepted as a ‘good thing’. The concept is. But the scheme and the people who run in must now go public with how they are regulated – and how they will regulate the industry. Otherwise it runs the risk of becoming a cynical marketing ploy. Non-fairtrade Kraft owns Cadbury’s (Fair Trade), for example – will they endeavour to make more products Fair Trade or decide to remove Fair Trade ingredients from the Cadbury’s range? The foundation is non-profit and audits the producers, but it’d be great to see a more detailed declaration of how the auditing process for producers and manufacturers works.

That is not to say, however, that Fair Trade isn’t fabulous, because it is! Find out how to take your ‘step’ towards a Fair Trade nation here.

After our Fair Trade talk and discreet munching on macaroons (taking photos of ourselves eating them on the busy street outside), we attempted to find the mysterious Kensington Roof Gardens my mum used to visit. “There’s flamingoes!” my mum exclaimed – and there were! 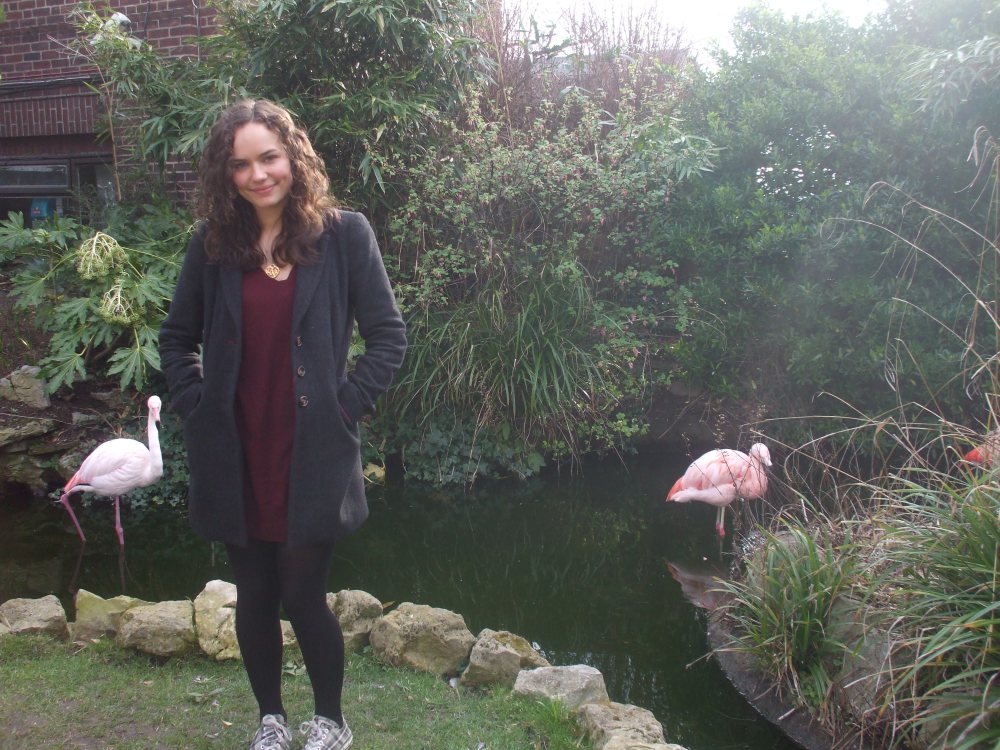 Hanging with my new best buddies

It’s in quite a discreet location, is Kensington Roof Gardens! We ended up around the corner from what used to be Bakers department store (now a bunch of shops) and facing a posh looking block of offices down a side street. A man in reception noticed us and I wondered if he knew what we were looking for. “Go in and ask!” my mum said, too scared to herself. Despite the fact that we nearly gave up there and then, I plucked up the courage to go in. The man on the reception was absolutely lovely. We signed in and went in a flashy lift that zoomed up onto the roof, taking us to a foyer for a posh restaurant. (HINT: I WANT TO GO TO THERE)

Originally conceived in the thirties, the amazing gardens are still thriving today. They’re currently owned by Virgin and you can even get married there… imagine having a flamingo for a ring bearer! (Nope, just me then!?) On Fridays and Saturdays the roof is taken over by a private member’s club with a dress code of ‘no effort, no entry’. I can only wonder at the drama – and imagine the swooshy floor length dress I’d don to blag my way in. If my Great Grandma Cubed were alive today, I think she’d be a regular.

What are your favourite hidden haunts of London? Where should I go to next?

None currently booked - email frankiepromotes@gmail.com if you'd like me to play